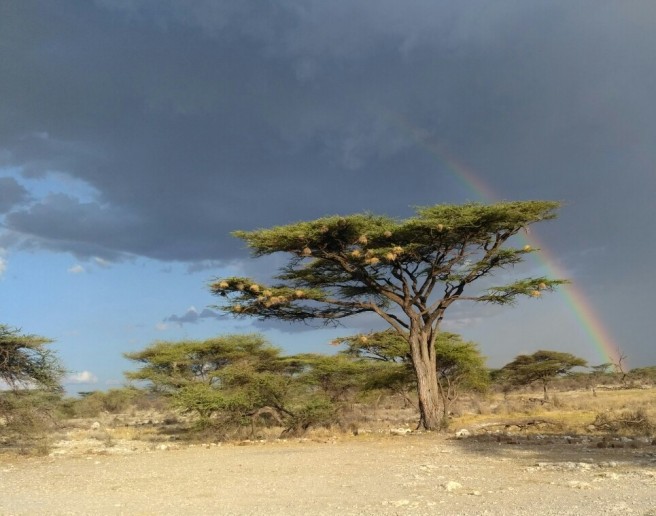 I’m jealous. A couple of weeks back, the missus had a baby shower to prepare her for this journey of motherhood. How thoughtful, isn’t it? She got all this advice and lots of baby related stuff. Blankets, diapers, more blankets. Ten different shower gels so that she gives birth smelling of hibiscus flowers and not placenta. Fancy stuff like breast pumps. Apparently, the modern human lady produces excess breast milk and needs to express it lest it fills up her breasts. Bottomless breast milk I think it’s called.

You should have seen my house when she got back.  It was filled with bags, upon bags of all this fancy stuff for her and the baby. What did I get you ask? A few hugs and numerous ‘aaawwww’ s from her lady friends. That’s it. Not even a wallet. Which has to be the most purchased men’s gift ever. It’s like saying, I’ve given you a place to put money. Now go get some money.

The chief had warned me about the loneliness that comes with being a man, a husband, a father. I don’t think I’d fully comprehended that warning. Nowhere in those 25 odd bags was a cigar. A six pack. A bottle of rare scotch. A sack of money. Nothing. I secretly rummaged through the stuff in the middle of the night as the missus snored away. I only came up with fluffy stuff and disappointment.

I sat there in the room, dimly lit by the backlight of my phone. The light silently mocking me. Illuminating the gift bags around me. Then, for the first time I felt it. Barely illuminated too. The loneliness. I thought to myself. How come I didn’t have a shindig for me? In fact I’ll plan it. Not a strip club though. That probably doesn’t enhance the idea of responsibility and fatherhood. And no, it’s no place to practice spanking bottoms.

It would be a manly place. A cabin in the woods maybe. With no trimmings of modernity. No electricity, no wifi, no ‘network’. Only Kenyans say such things. ‘Hakuna network’. The network is there, it’s your reception that has a problem. Those are the same people who call transport ‘means’. ‘Pole, sikukuja. Sikuwa na means’. The full phrase is means of transport. Not means. If you wanted to shorten the phrase, why didn’t you just choose the word transport?

Where was I? Yes, a secluded place. With no network reception. Away from wives and side pieces. Lots of beers and whiskey and cigars. There would be a chef too. To barbecue steak. Chicken for those white meat aficionados. Manly food full of cholesterol and succulent sweetness. There would be an option for no chef too. To allow the men to take control of how they want their steak roasted.

It would be a place to have men just chatting, laughing and taking time away from the thing called life that has all odds stacked up against them. A chance for the soon to be father to take it easy before diving into that storm called fatherhood. A chance for the current fathers to unwind but also to lay out wisdom and experiences in weathering that storm. A mix of the old and the young should be there. For wisdom doesn’t only inhabit grey topped heads.

Gifts? Men aren’t complicated. Money, would be good. A little something to lighten the impending load. Contacts of reliable doctors or hospitals or insurance covers that can work towards the future of the little one. More importantly, a support circle to enable raise these children. When did we lose these traits as Africans? When did the family unit become so small and measured that young boys and girls feel lost in an ever changing and demanding world?

A night would be sufficient for this. Men can only stay cooped up so long together without the need for some sports or the entertainment of women. Questionable or otherwise. It would be a time to laugh at our problems and wives and lives. For some, those are one and the same thing. Hehe. It would be a time to kick back and reflect without the din of ever shrieking demons of bills and responsibilities. A time to escape, albeit for a moment, the pressures of business and chasing payments. Is it just a Kenyan thing? Where people obtain goods and/or services and refuse or ignore to pay thereafter? It’s grossly unethical in my opinion. In this country you’ll have more success bleeding a stone than chasing down what you’re owed.

The night would be filled with the smells of whiskey and cigars and punctuated by laughter and wisdom.  Of course, once in a while there’d be the off course tangent of discourse on sports trends and the related insults depending on the team one supports.  And war stories of women pursued. And that’s ok. There will be memories of less responsible days gone by, of youth and the folly that comes with it. And everyone will lament how time flies and stare down in silence and disbelief at how far they’ve come. Someone will break the uncomfortable silence and stand, a glass raised in hand:

Cheers guys. Here’s to progress. Here’s to the bullets we dodged and the ones that caught us. Here’s to our sons and daughters. May we ever be present for them. May they hear our roar from a distance and know that we’re men. May our spouses warm our beds…

Or not nag when we seek other warmed beds, someone will quip. There’s always that clande advocate in a group.

And everyone will shout him down. You guy be serious bana. We’re trying to make a toast. The ruccus would taper off into murmurs and soft laughter.

The toast maker would conclude, Cheers bros. Here’s to fatherhood.

Cheers. Would be the group response in acclamation followed by the clinking of glasses, murmurs and loosely coordinated swigs of drink.

Thereafter the night would proceed with a less serious agenda. Men breaking up into different groups of influence. The cars guys, the sports guys, the work and careers guys, the business guys and the random banter guys. And at various stages all these guys will gravitate towards the talk of women. Can’t live with them, can’t live without them.

As the new father to be, you would go home armed with wisdom, allayed fears and the courage to face your family. Also, your pockets would be slightly heavier which can’t be a bad thing. And the missus will ask,

How was your “guys” thing?

And you’ll respond as only men do.

It was ok. Plop yourself on the couch and turn on the TV. Please get me some water.

She’ll amble off to the kitchen and you’ll both smile in the collective knowledge that everything is going to be alright.